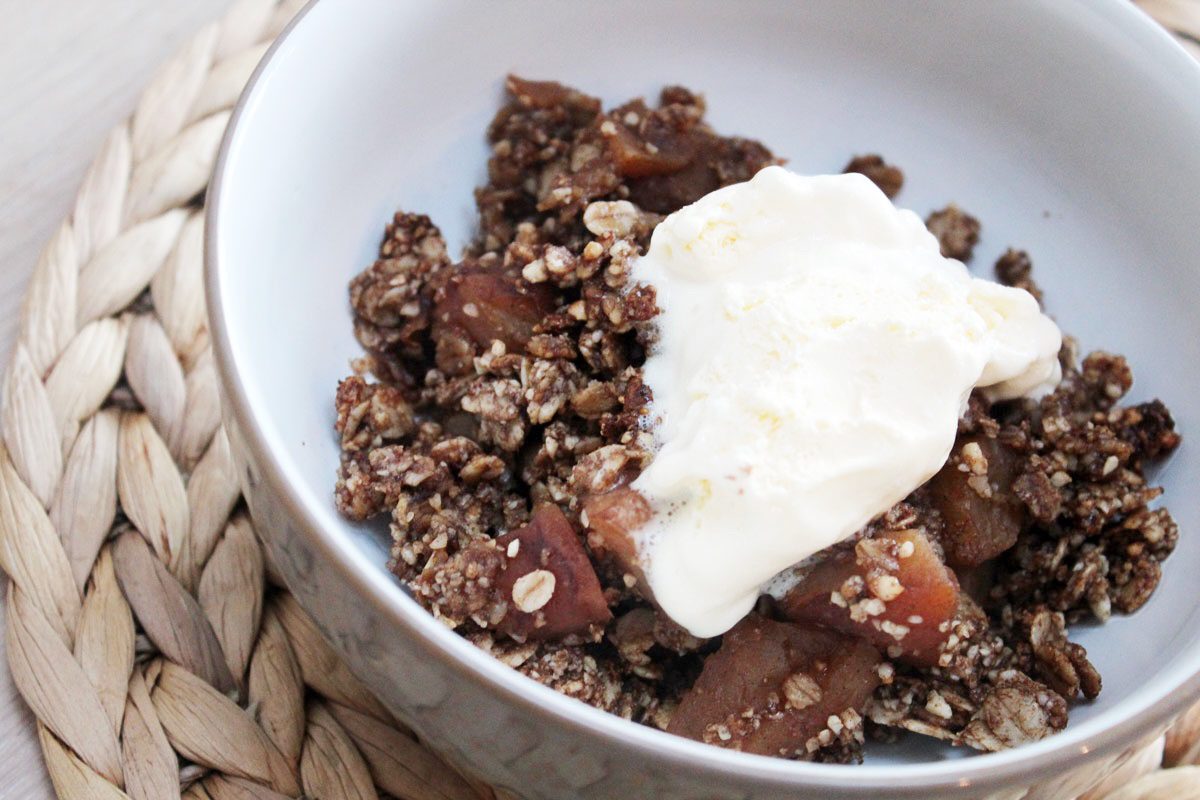 Anything which reminds me of typically Scandinavian winter flavours – with lots of cinnamon, nutmeg, cardamom and ginger – combined with Coconut (one of my favourite foods) – has got my mouth watering in an instant. And when it´s healthy too? Well, it´s pretty much a winner in my eyes. Hence why I just had to share with you one of my go-to sweet dishes during winter, with this delicious Apple & Coconut Crumble. I am obsessed, and hope you will be too. 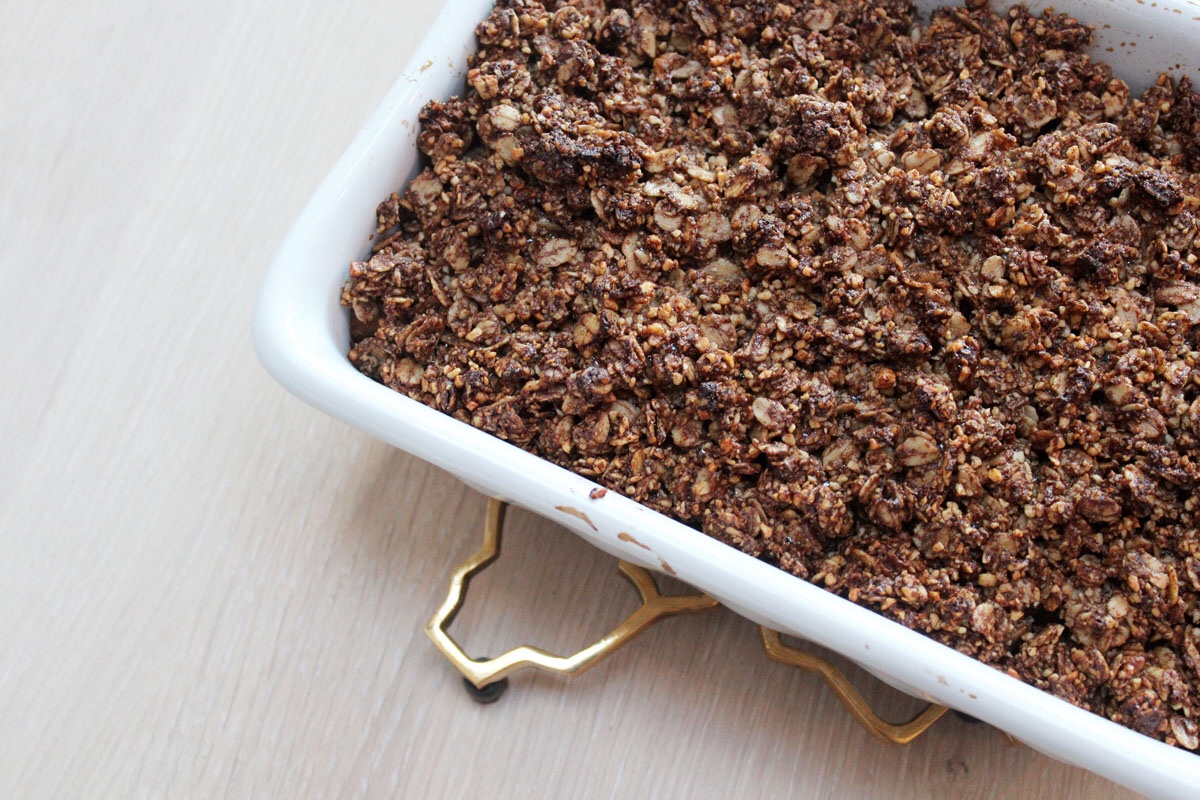 For the filling:
8 small apples / 1 tbsp of coconut syrup (maple syrup works too) / 1 tsp of cinnamon / 1 cup of water

1. Preheat the oven to 180°C.
2. Peel the apples and cut them into small pieces.
3. Put the apples, cinnamon, coconut syrup and water in a saucepan on a medium heat and bring to a simmer. Heat up gently for 10 minutes, adding more water if necessary.
4. Pour the fruit into a dish.
5. To make the crumble, start by placing the almonds in a food processor and blend for a few minutes until you have a flour consistency.
6. Transfer the almond flour with the rest of the ingredients in a large bowl and mix together thoroughly.
7. To make the syrup mix, heat the coconut oil, coconut syrup, cinnamon, cardamom, nutmeg and ginger spices in a saucepan and gently simmer until everything is melted.
8. Pour this over the crumble and stir well until everything is coated with the syrup mix.
9. Cover the crumble with the fruit.
10. Bake in the heated oven for 20–25 minutes until the crumble topping is golden brown and crisp!
11. Let it cool, and serve with a dollop of coconut ice cream or coconut yoghurt. 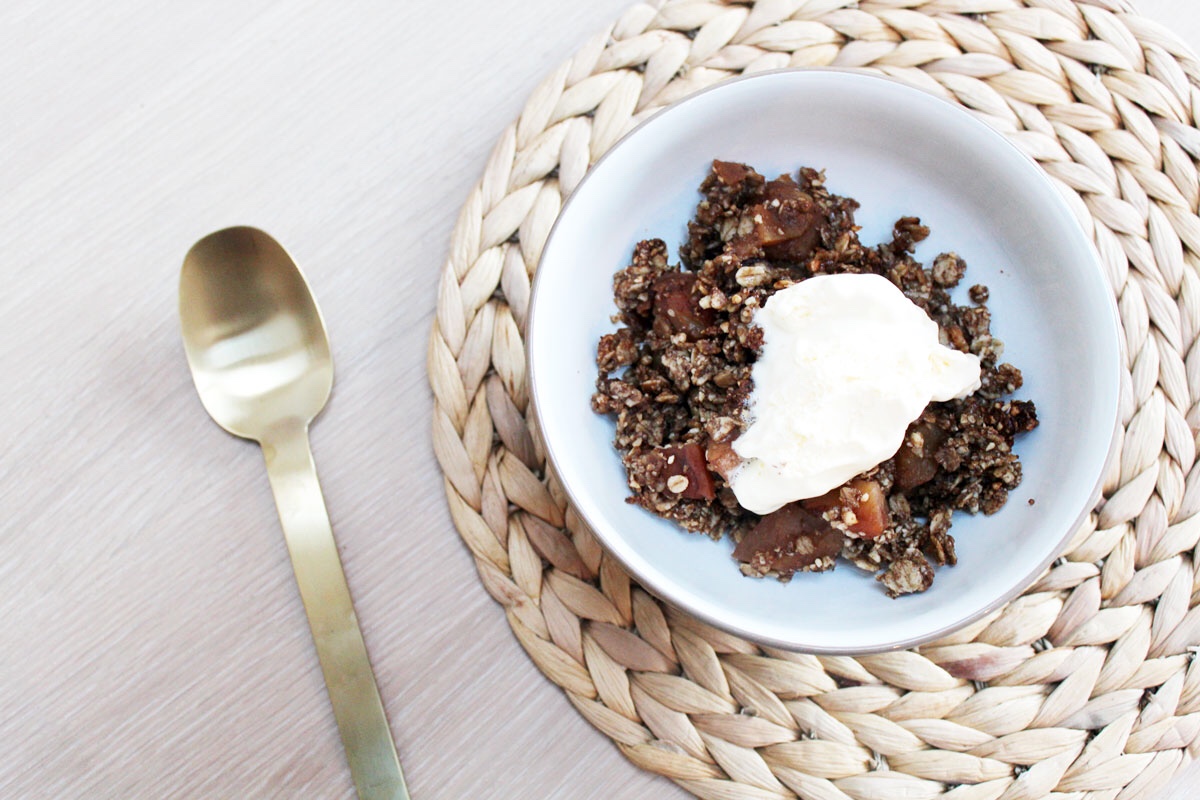